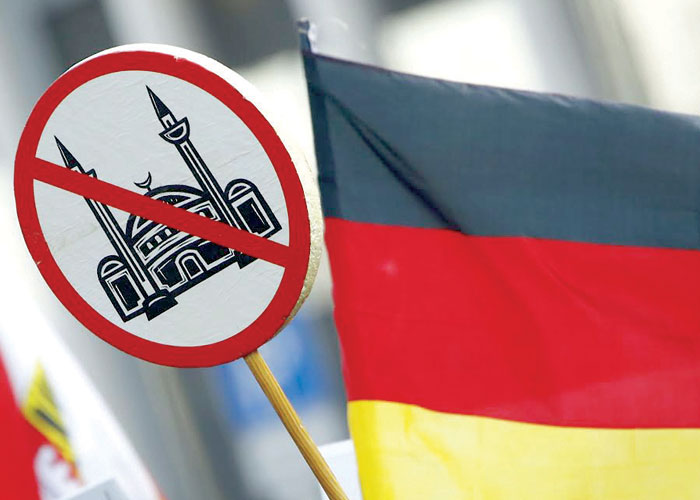 London, The Arab Weekly – Describing itself as the “most authoritative and comprehensive explo­ration of extremism” in Britain and Europe, the annual report by the British-based advocacy group Hope not Hate paints a bleak picture for the post- Brexit and Trump world.

“2016 was a year where a new far-right threat became more evi­dent, one played out largely on so­cial media and to an international audience,” Hope not Hate Chief Ex­ecutive Officer Nick Lowles said in the report.

“It is this same new-style far right that has been at the heart of the global fake news phenomenon and that can engage and mobilise greater numbers of people across Europe and North America than ever before,” he added.

The report points to the emer­gence of a new generation of far-right activists across Europe who are active on the internet and social media in an unprecedented way. This is a generation of far-right political activists who, for the first time, is witnessing some of their own views seeping into the main­stream, particularly fears regarding a clash of civilisations between the Judeo-Christian West and Islam.

“Trump’s election was a catalyst for the international anti-Muslim movement. After many years of slowly and painstakingly edging their way out of the political wil­derness, the ‘counter-jihadists’ suddenly have an apparent ad­vocate in the White House who echoes some of their positions on Islam and Muslims,” said Joe Mul­hall, co-author of the report.

While there has been clear politi­cal fallout from US President Don­ald Trump’s election in Britain and elsewhere in Europe, traditional far-right activists have generally remained “marginal and controver­sial,” although their “core ideas” have moved into the mainstream, Mulhall said.

The 75-page report includes de­tailed sections looking at political groups such as Britain First and the British National Party, defence leagues, groups that specialised in counter-jihadism as well as the alt-right and even major parties such as the UK Independence Party (UKIP) and the ruling Conservatives.

“In the last decade, talk of a Mus­lim invasion and a threat to West­ern civilisation has moved from so­cial media and the blogosphere to media-grabbing street demonstra­tions and into the parliamentary chambers of Europe,” Mulhall said.

“This mainstreaming process has rapidly accelerated over the last few years as a result of the refugee crisis and the spate of terrorist at­tacks that has shaken the conti­nent.”

A 2016 report by the Pew Re­search Center in the United States showed that unfavourable views about Muslims had surged in a number of European countries, including Hungary (72%), Italy (69%) and Poland (66%). Even Ger­many and the Netherlands, which had traditionally been more open towards immigrants, had seen a hardening of right-wing views.

“While this is all likely to en­courage anti-Muslim attitudes in society it is also likely to create resentment and a backlash among Muslims who will understandably feel persecuted and targeted,” Mul­hall said.

In the wake of the report, British Muslim activists seemed less likely to come together to figure out ways to address rising anti-Muslim senti­ment than to become bogged down in their own internal issues, as in­dicated by an article in the report focusing on Muslim extremism by British human rights activist Sara Khan.

Khan’s article cited a number of British Muslim groups and figures, including Hizb ut-Tahrir, MEND (Muslim Engagement and Develop­ment), CAGE and others for promot­ing “Salafi-Islamist” propaganda.

“Government-backed Sara Khan and her ‘We Will Inspire’ organisa­tion are at the forefront of promot­ing the government’s controversial Prevent counter-terror strategy, which all the major mainstream Muslim organisations have con­demned as a massive monitoring, spying and profiling exercise on the Muslim community,” said an article on popular British Muslim news website 5pillars. Khan’s report had described 5pillars as a “propagan­da” news site.

The London-based advocacy organisation CAGE, which was criticised in the report for ties to Salafist-Islamists, also criticised Khan’s analysis.

“Khan’s article… is a govern­ment-sponsored smear directed at dissenting Muslim individuals and organisations. The tactics to smear by association cheaply disguises the reality of how CAGE operates. CAGE has always defended prin­ciples, regardless of people, in ac­cordance with the rule of law,” a CAGE statement said.

At a time when right-wing views, particularly anti-Muslim senti­ment, are gaining traction in the mainstream, many observers are calling for British Muslims to put aside their differences to confront this new threat.